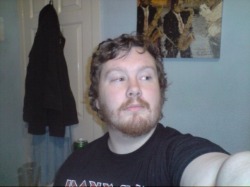 My name's Mike (if you hadn't already guessed it from it being plastered all over this site) and I'm an amateur writer, hoping to become professional one day. I write poetry, songs, short stories, and I'm currently trying to get my head around my first full length novel.

I'm 24, I live in Liverpool, and I work in an office to make ends meet. I love my music, which ranges from old-school progressive rock, such as bands like Rush, to really hard metal, with screaming and intense heavy riffage, an example being Killswitch Engage. My two big favourite bands are Coheed and Cambria and Dream Theater. I love the way their lyrics are written. I take a lot of inspiration from Claudio Sanchez in my songwriting, as you'll see once I've put them up on here. That's if you know who he is of course. If not, then I'll have to educate you. With pointing at stuff. I'm good at that.

I also like the football. Not the American kind, the proper kind. Football. where you kick the BALL with your FOOT for the majority of the game. I support Liverpool, and my second team (everyone has a second team, don't even try to deny it) is Torquay United. Ever since I visited Torquay as a boy, I've loved it there, and been back several times since, usually with my family. That explains the support for their football team. Generally bobbing about in League Two, the Gulls' results are the second I look out for, after my beloved Liverpool's.

I think I, like every writer, dreams of writing that best seller that everyone knows about, but aside from that, I write because I love to write. It is a big release for me, I can escape the real world and enter the world of the story that is unfolding in front of me. I like to explore my own abilities, hence why I write in a few different styles. One day I hope to develop my own specific writing style, but until I have learnt what it is, I will continue to experiment with different styles.

I love humour in my writing. In my earlier works, the short stories, I tried to use as much humour as I could to portray a situation that was ridiculous, but that somehow people could relate to in some way. That's why I picked such realistic situations, such as going to the gym, or applying for a passport. I originally sent them around work as a kind of weekly blog update, but soon my priorities changed, and the short stories dried up. So then I turned to songwriting and poetry. I was a bit weak at it, at first, as seen in the poem "Dream", but I've practised a lot, and it has led to me creating something that I'm really proud of, in "The Thief".

Anyway, I've rambled on long enough, I hope you enjoy my works, please feel free to send me a comment using the 'Contacting Mike' tab at the top.